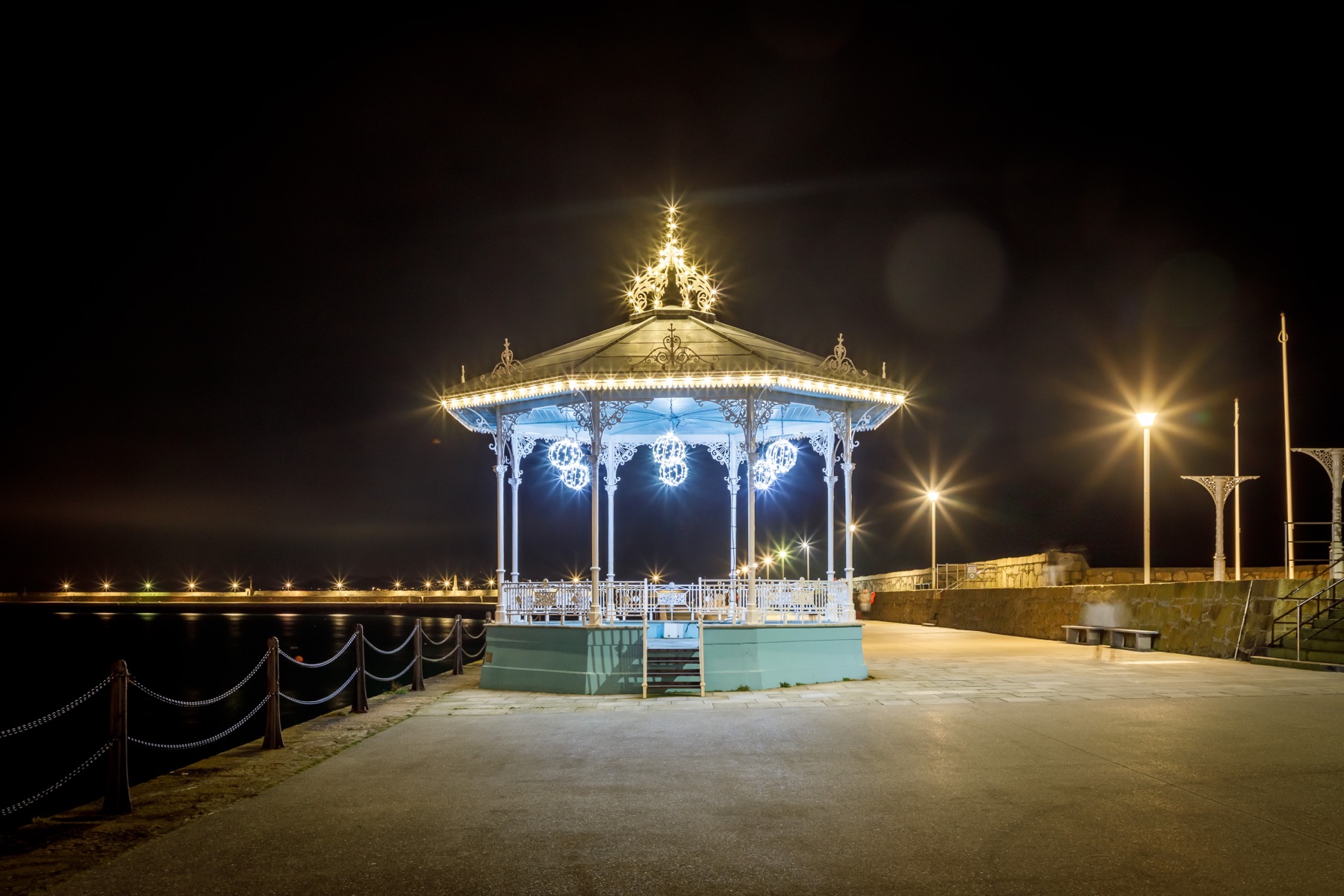 Bloody cold out at night wandering around Dun Laoire at night in mid-December with an easterly blowing in off the sea. I should have been tucked up with a big glass of something stronger than thawing ice instead. The local county council open the wallet and dress the town all nice for Christmas, getting boots on the ground and making Christmas as an event in any town or city is the only way traditional bricks and mortars can keep up.

So there’s an enjoyable measured way of shooting lights at night that involves patience, thermals and a solid tripod. There’s probably other ways of doing it, but you’re not taking me thermals.

*Also it turns out I’ve been spelling Dun Laoire, Dun Leary, and Dun Laoghaire in me head completely wrong for eternity. Thankfully, I don’t crowbar it into my written prose as often as I have done in the past.

This website uses cookies to improve your experience while you navigate through the website. Out of these, the cookies that are categorized as necessary are stored on your browser as they are essential for the working of basic functionalities of the website. We also use third-party cookies that help us analyze and understand how you use this website. These cookies will be stored in your browser only with your consent. You also have the option to opt-out of these cookies. But opting out of some of these cookies may affect your browsing experience.
Necessary Always Enabled
Necessary cookies are absolutely essential for the website to function properly. This category only includes cookies that ensures basic functionalities and security features of the website. These cookies do not store any personal information.
Non-necessary
Any cookies that may not be particularly necessary for the website to function and is used specifically to collect user personal data via analytics, ads, other embedded contents are termed as non-necessary cookies. It is mandatory to procure user consent prior to running these cookies on your website.
SAVE & ACCEPT